The Talk of Columbus: The New Kroger in The Short North

An article in Monday's New York Times Real Estate section focused on The Short North neighborhood of my beloved Columbus, Ohio. Having lived in Columbus - colloquially known as Cbus - for almost 5 years from 2002 to 2007, I know the city quite well.

The article primarily discusses the increased amount of development occurring in the neighborhood. But it also mentions (nearer to the end) the new Kroger grocery store which opened last summer on High Street in The Short North.

When I visited Columbus last summer I was blown away by how much was happening and how much had developed in not only The Short North but the city as a whole. But of all the new development that had taken place since I had previously visited, the one thing that almost everyone was talking about was the Kroger grocery store on High Street in The Short North. On one hand, it was absolutely worth a good laugh: leave it to sleepy Columbus Ohio to be so enthused about a new grocery store! But on the other, the previous Kroger was extremely unsuccessful and everyone had long been awaiting a new store at this location which better responded to the surrounding neighborhood.

The new Kroger is a simple replacement of an old Kroger which sat on the same property. Everyone knew the old one as the ghetto Kroger. Despite it's location in The Short North and very walkable distance from Ohio State's South Campus, it's massive parking lot along High Street was the largest 'missing tooth' along High Street between downtown and campus. This block-long stretch had a very negative impact on the immediate surrounding area. 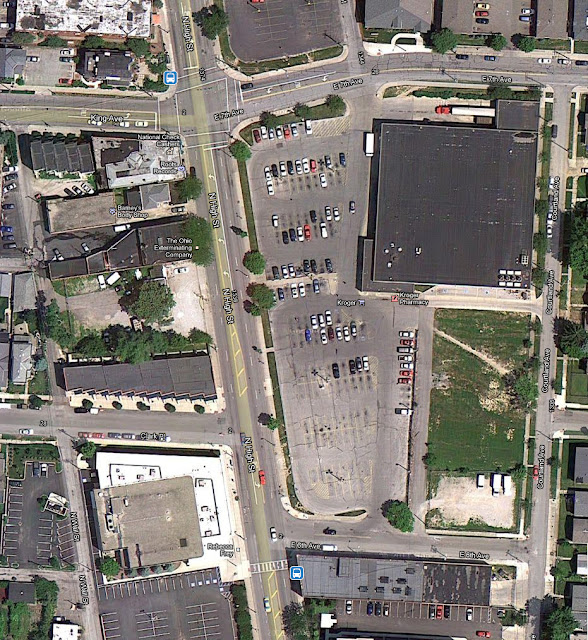 Fortunately Google has not update their satellite views of Columbus in quite awhile! In this aerial it's clear to see the massive parking lot and the store set back from High Street.

Within the context of Ohio State's South Campus to the north and the heart of The Short North to the south the void is still very apparent.

Street view of the existing condition. 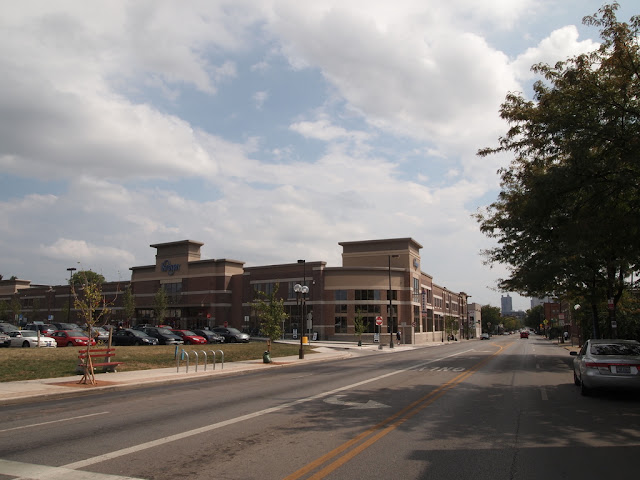 And the new Kroger! Still a significant length of the block is parking lot (sorry I can't seem to find a plan view of the new one). It does engage the street very closely though at the corner of High and East 6th Streets. 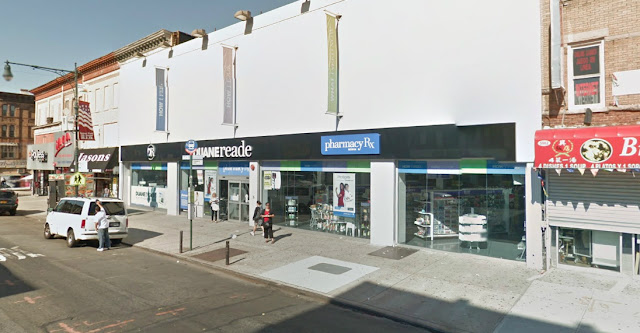 Duane Reade has been remodeling their stores around New York City for a few years. The redesign features large floor-to-ceiling glass windows along the sidewalk which notably are not plastered with signage. There are clear views both in and out of the store.

The new Kroger has windows along High Street providing visibility both in and out of the store which is very good. Although if there can be any criticism, it's that the floor of the store is two or three feet higher than the elevation of the sidewalk, which is just a little awkward for people on each side. 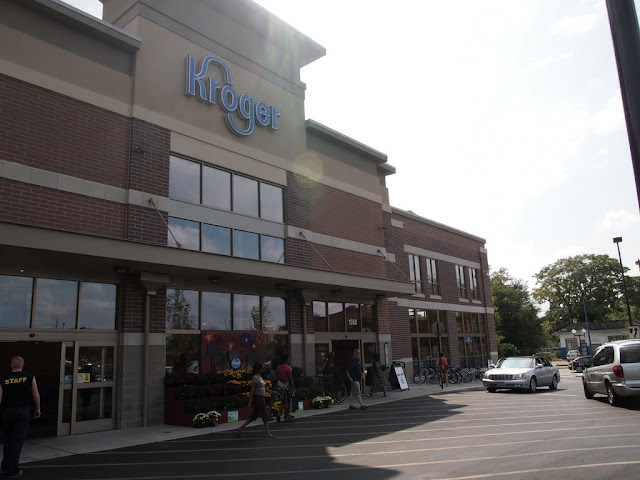 The entrance is oriented towards the parking lot, parallel to High Street (in the distance in this image). This to me is a tremendous mistake. Essentially this is a classic suburban store, only different in that along one single side it is located right up on the sidewalk and has windows along that side (at an awkward height). At least they provided bike loops. 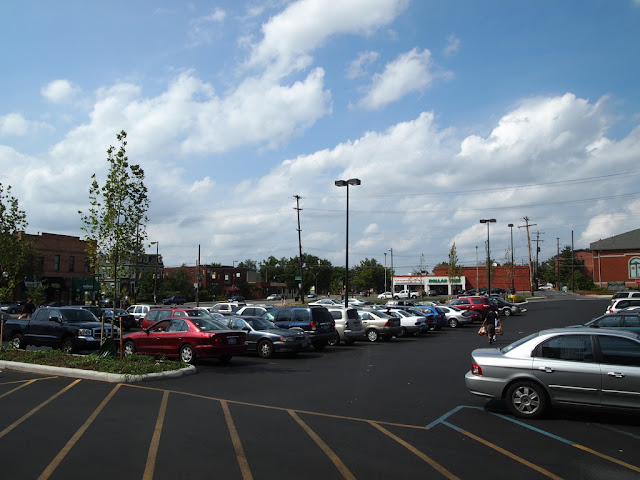 Furthermore the parking lot is still very black and very impervious. No provisions made for storm-water management or urban heat island affect and minimal plantings. 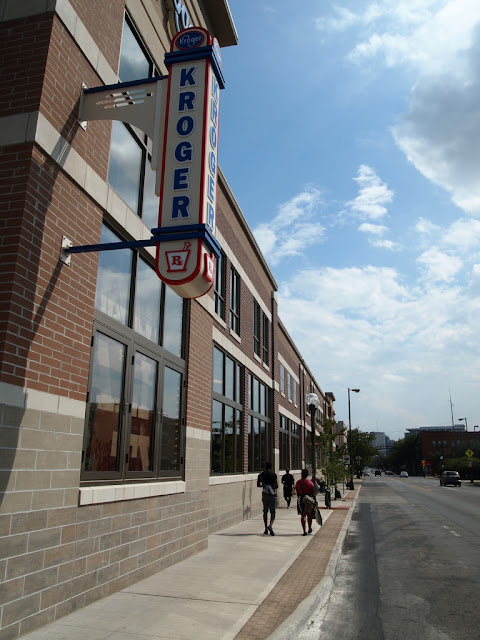 So years and years of talks, negotiation and planning for this sidewalk with new building facade which features no entrances nor exits along it. Yes, this store is very good for Columbus and represents a positive step forward in its city-wide movement towards pedestrian-oriented design. It is also a huge improvement from the original Kroger and as the Times article points out, marked a symbolic moment for developers in Columbus. Yet it is a store with significant urban design flaws and that could have been much better than it is.
Posted by Kurt Martig at 8:21 PM