New York City under Mayor Bloomberg has been making huge strides to improve the built and natural environment of the city. While other cities may be making bigger dents faster where it pertains to managing storm-water runoff, perhaps  in no other city is the problem  quite as big. The problem are Combined Sewer Overflows. In storm events the massive amounts of rainwater collected combine with the cities sewer pipes and are discharged into the surrounding waterways: The Hudson, East River, Harlem River and Jamaica Bay just to name a few. This all leads to high levels of polluting toxins and at times raw sewage being discharged into these waters. Think about that next time you're swimming out at Coney Island! 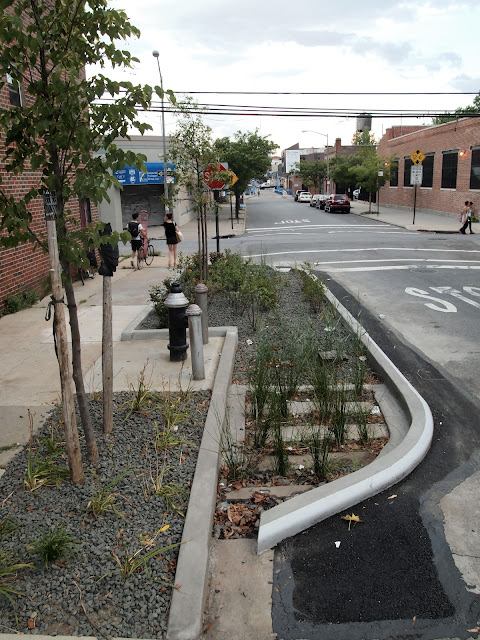 A couple weeks ago while riding on Carroll Street in Brooklyn I came across a new New York City Department of Environmental Protection Enhanced Bioswale Tree Pit. Then just the other morning I rode by and noticed that it had been completed!

As you can see this design is specific to intersections which provides the added benefit of shortening the pedestrian street crossing distance (more on that in an image to follow). Note the concrete baffles of this bio-swale which are intended to really slow the water down even further. 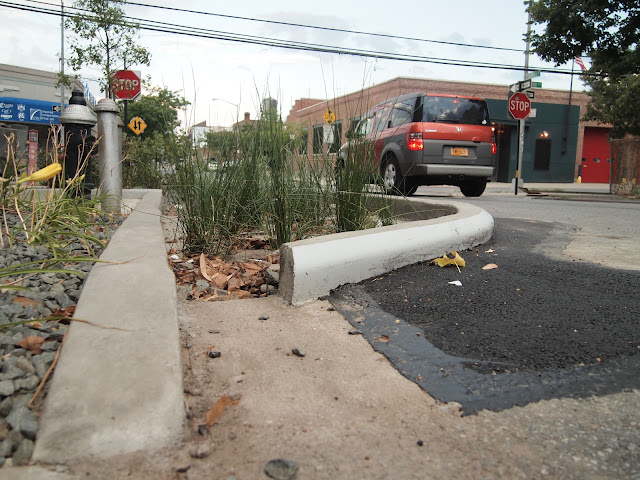 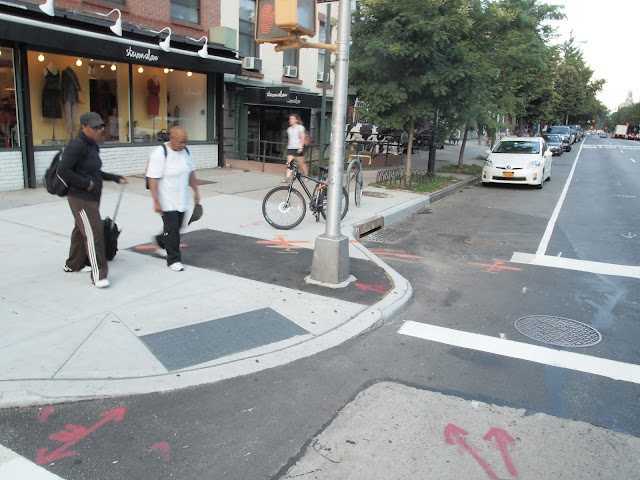 While not a bio-swale, this is a great example of DOT's new curb cuts which shorten the pedestrian street crossing distance at Atlantic Avenue and Hoyt Street. Interventions like these are being implemented throughout the five boroughs as a means of increasing pedestrian safety. These could also be a great opportunity for an enhanced tree pit bio-swale. All of the water which currently rockets into that catch basin could be slowed and filtered. 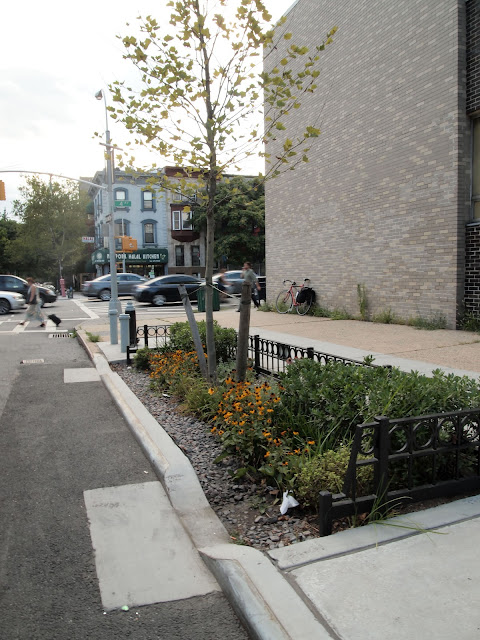 This bio-swale is located on Dean Street at 4th Avenue. This example is also at a street end (there are several other identical bio-swales along the mid-block portion of this section of Dean Street) though it does not extend out into the street to either capture water or provide additional pedestrian safety. In this design the water enters at the curb cut in the foreground of the above image and exits at the curb cut nearest the intersection. 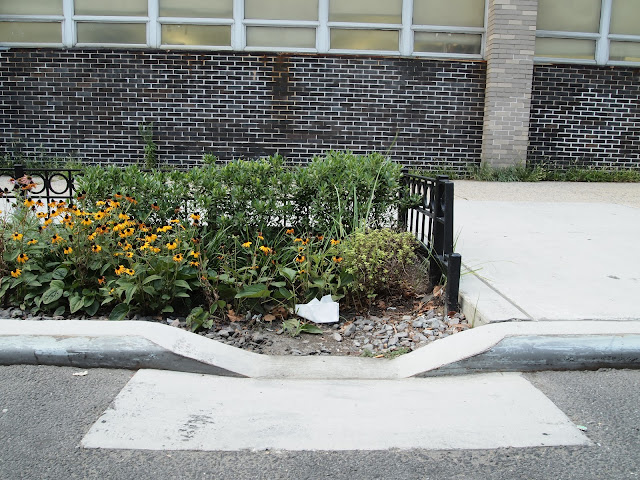 The entry, again - also same as the exit. 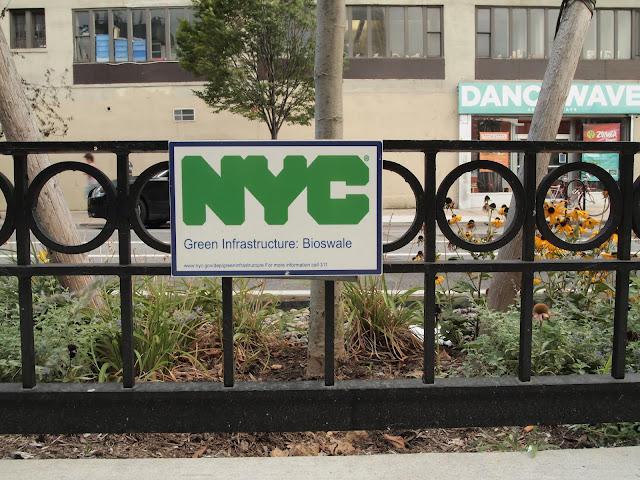 Name tag with non-clickable url. You can read more about this design here.

As I was photographing the bio-swale on Carroll Street an gentleman in a car slowly rolled by with his window rolled down and arm sticking out of it gesturing towards the plantings. He exclaimed for me to hear (in a classic New York accent): Stoopid shit! It's really just people resisting the unfamiliar (phrase credit). When you consider the waterway that was just one block away, the famous Gowanus Canal and it's incredibly polluted waters, the irony of what he said is really like, stoopid. 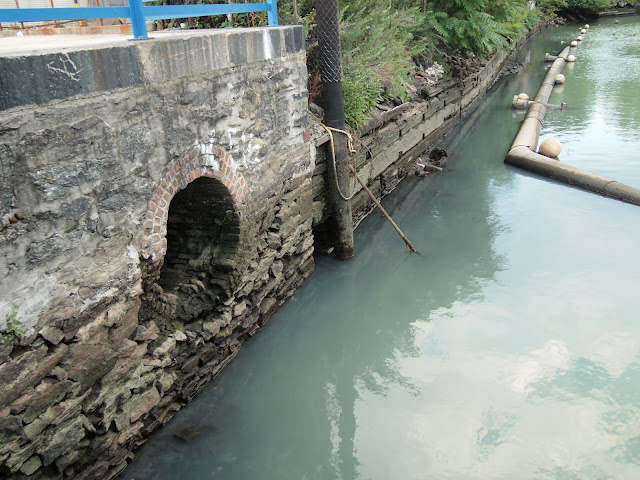 This is the Gowanus Canal and an outflow at the Carroll Street Bridge, just one block from the bio-swales. The big picture, is that little by little, with every bio-swale installed, we lessen the amount of pollution being discharge from this outflow.
I really hope to follow up on this post with some images taken during a rain storm to see how these interventions perform precisely when they're intended to.
Posted by Kurt Martig at 7:00 PM